The mandates of the NAGF are as follows:

The official headquarters of the NAGF are located in The National Go Center: 4652 Wisconsin Avenue NW, Washington DC, USA.

For any inquiries, please send an email to <contact@nagofed.org>.

Go is a strategic board game

Go is a territorial game. The board, marked with a grid constructed of 19 by 19 lines, may be thought of as a piece of land to be shared between the two players. One player has a supply of black pieces, referred to as stones, the other a supply of white ones. The game starts with an empty board. Players take turns placing stones on the vacant intersecting points. Black plays the first stone. Once played, stones are not moved; however, if they become surrounded by the opponent's stones they will be captured and taken off the board as prisoners.

The players normally start by staking out their claims to parts of the board which they intend eventually to surround and thereby make into territory. However, fights between enemy groups of stones can arise in a game and can result in dramatic exchanges of territory. At the end of the game the players count one point for each intersection they control and one point for every stone they have captured. The one with the larger total is the winner.

The strategic and tactical possibilities of the game are endless, providing a challenge and enjoyment to players of all levels. The personalities of the players and their mood can emerge very clearly on the Go board. The game reflects the skills of the players in balancing attack and defense, making stones work efficiently, remaining flexible in response to changing situations, timing, analyzing accurately and recognizing the strengths and weaknesses of the opponent.

What makes Go so special?

As an intellectual challenge, Go is extraordinary. The rules are quite simple, yet Go offers major attractions to anyone who enjoys games of skill:

There is great scope for intuition and experiment in a game of Go, especially in the opening. Go has its opening strategies and tactics but players can become quite strong knowing no more than a few basic patterns.

Go has a very effective handicapping system. This enables players of widely differing strengths to play each other on equal terms without distorting the character of the game.

The object in Go is to make more territory than the other player by surrounding it more efficiently, or by attacking the opponent’s stones to greater effect. On such a large board, it’s possible to do somewhat badly in one area but make up for it on the rest of the board to pull out a win.

Every game of Go quickly takes on a character of its own, no two games are alike and the outcome may hang in the balance until the very end. 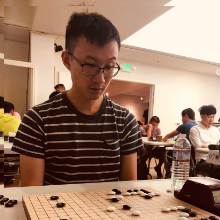 Andy Liu was the first AGA certified professional in the 2012 AGA Professional Tournament held in Black Mountain, NC. Liu started playing Go at the age of eight, and became the youngest US Open Winner (at the time) in 2006. Liu is 2009 North American Masters Champion, and represented the United States in several major international tournaments. 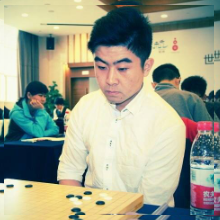 Gansheng (William) Shi is one of the first two AGA professionals, having qualified in the 2012 AGA Professional Tournament, along with Andy Liu. Located in Toronto, Canada. 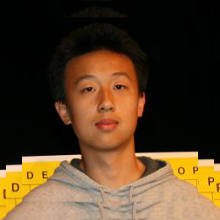 Calvin Sun was the third professional to be certified by the AGA in the 2013 AGA Professional Tournament. Sun started playing Go at the age of six. He first came to national attention when he was just 7 years old, and became a finalist in the 2005 Redmond Cup. He went on to win the Redmond Cup the following year, and was the reigning Junior Champion the year after as well. Already 7 dan by the age of ten, he represented the US at the World Youth Go Championships an unprecedented seven times. 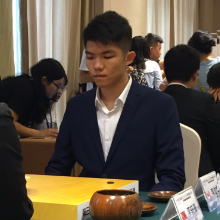 Ryan Li (李立言) is a professional 3 dan in the American Go Association. He became professional during the 3rd AGA professional qualification tournament, and reached 3 dan in April 2021. Ryan is a PhD candidate at Yale University specializing in climate dynamics and change, having studied Physics in University of Toronto as an undergraduate. Most notable achievement in Go is progressing to top 16 of 3rd MLily Cup with wins against Cheng Honghao 2p and world champion Chen Yaoye 9p. 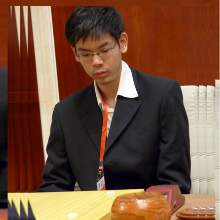 Eric Lui became professional through the 2015 AGA Professional Tournament, and reached 2 dan in April 2021. Eric was born in Maryland and started playing go at age 5, becoming AGA 1 dan in less than a year. In 2010, he finished 2nd in the North American Ing Masters. In 2016, he became an AGA professional. To date, Eric has had more than twenty international representations for the US and North America to major tournaments including the Samsung Cup, MLILY Cup, Ing Cup, Chunlan Cup, Tianfu Cup, IMSA Elite Mind Games, Sankei Cup, Pair Go World Cup, World Student Go Oza, and five times to the World Youth Go Championship. He twice represented the US to the World Amateur Go Championship (2009, 2011) and Korea Prime Minister Cup International Baduk Championship (2006, 2015), achieving the best-ever US finish in both tournaments.

The Board of Directors of the North American Go Federation

Chair of the BoardAndrew Okun

Andrew Okun has been the President of the American Go Association (AGA) since 2012. Prior to that Andrew served the AGA Board as the Chair. Andrew is also a Board member of the California League of Conservation Voters.

Hajin Lee was a professional Go player in Korea and later worked as Secretary General at the International Go Federation. Hajin is currently a Software Engineer at Dun & Bradstreet. Hajin holds an MBA degree from the University of Geneva, Switzerland.

Ryan Li is a professional Go player and represented the US in various international Go tournaments. Li co-founded the New York Institute of Go in 2016. Outside Go, Li is currently a PhD candidate at Yale University.

James Sedgwick has been the President of the Canadian Go Association since 2009, and has directed the Canadian Open many times, as well as assorted Ontario Go tournaments. Outside Go, James builds Risk Management software with a focus on counterparty credit risk, at Algorithmics.

Nicholas Prince has been the Vice President of the Canadian Go Association since 2016. He's been learning, teaching, competing, and directing tournaments since first learning the game in 2004. His favourite aspect of Go is creating long-lasting friendships with players from all around the world. He is currently building software at Leago - a company he co-founded to help run Go tournaments.

Lydia Gallant helped organise several regional tournaments in the region of Montréal, and directed the 2018 Canadian Go Open. From 2015 to 2020, Gallant founded and operated Senthé, a tea house and go center. Currently, Gallant is studying Software Engineering at the École de Technologie Supérieure.